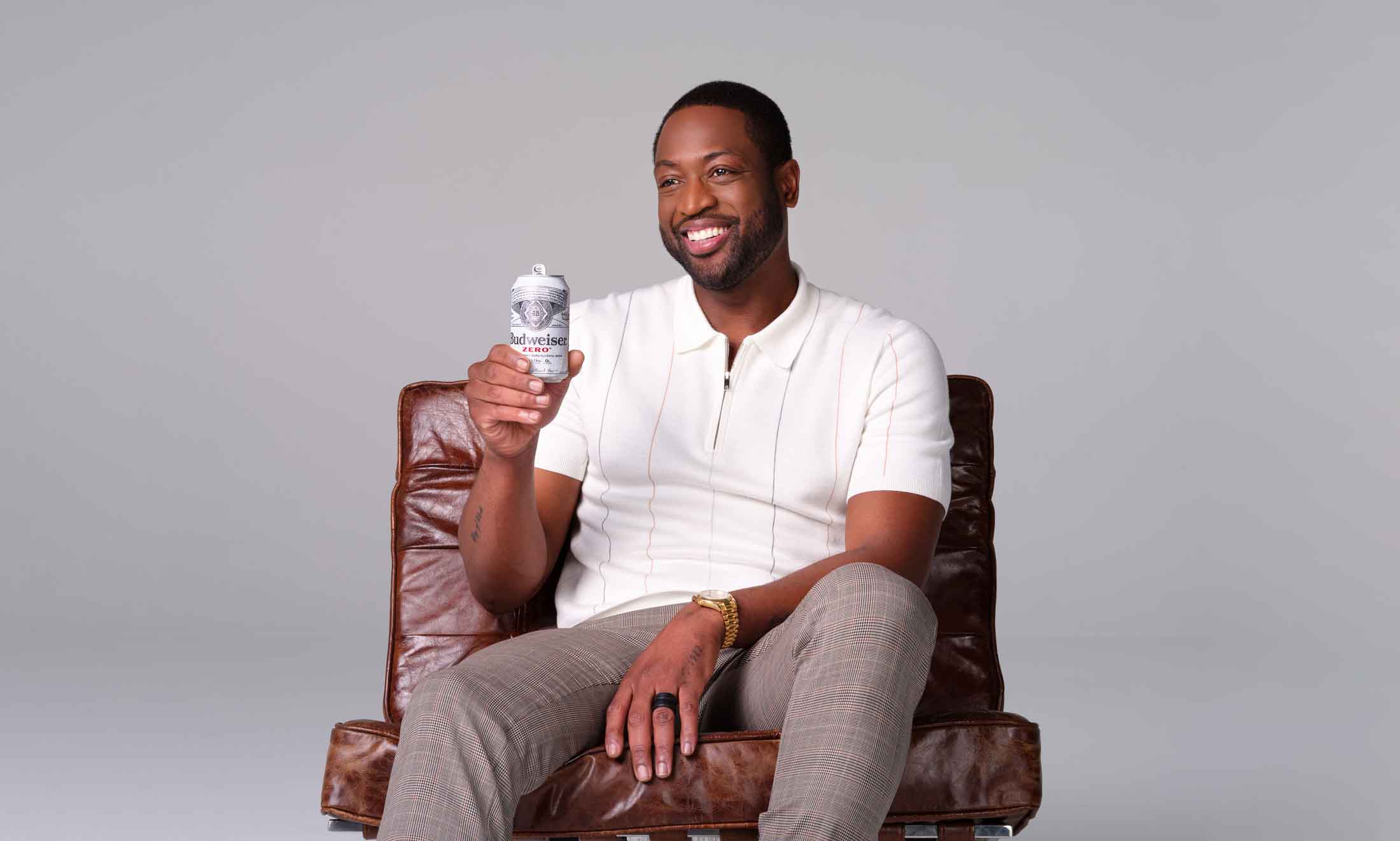 The brewing industry is undergoing a lot right now. The rise of seltzers, low-calorie beer, no-calorie beer, ciders, and more have been complicated by the current pandemic turning many business models on their head. Budweiser has recently announced their own addition to this mix with Budweiser Zero. The brand is marketing this new addition on the idea of “freedom of choice.”

“Over the past year, we have seen hundreds of new beverage options come to market, with non-alcoholic and alcohol free beverages quickly rising in popularity,” said Monica Rustgi, Vice President Marketing for Budweiser. “Budweiser has an incredible opportunity to propel this movement into mainstream culture by offering a product that doesn’t compromise on the quality and taste people have come to know and love from Budweiser, a brand they trust.”

Dwyane Wade “helped define Budweiser Zero’s core attributes” according to the company’s press release. He will also appear in advertising tied to the product in coming months. “Budweiser has been a great partner of mine over the past two years and this was a natural next step,” said Dwyane Wade, Founding Partner, Budweiser Zero, entrepreneur, advocate. “I’m really excited to join Budweiser in bringing their first alcohol free beer to life. With sports making a return, this is timely as Bud Zero is a game changer by letting athletes enjoy the taste of a refreshing beer without impacting their mental and physical game.”

Budweiser Zero is available in 12-pack 12oz cans and 16oz single cans, with the addition of 6-pack 12oz bottles coming in December 2020. Budweiser Zero, according to the company, is an alcohol free brew strictly for adults 21 years of age or older.

Have you tried the new new zero alcohol, zero-sugar brew, Budweiser Zero? What did you think? We have yet to try the 50 calorie brew so we’ll hold judgement on it until then.