When City Built Brewing Company debuted their Run the Jewels inspired Crown Series last year, they expected the lineup of IPAs would drum up some fanfare but they couldn’t have anticipated that the beers would land them on the national radar and put them in direct contact with El-P and Killer Mike. The attention was gained in large part thanks to the beer labels, each an eye-popping extrapolation of a Run the Jewels album that gave faces and bodies to the iconic fists and pistols on the covers.

Using IP from a famous group was a risky move, but a situation that could have quickly turned litigious was instead embraced by the rap duo who saw the tribute as more of a fist bump than theft. It was a moment of pride for City Built and one they feel is worth celebrating now with a new brand that ties together any loose knots. 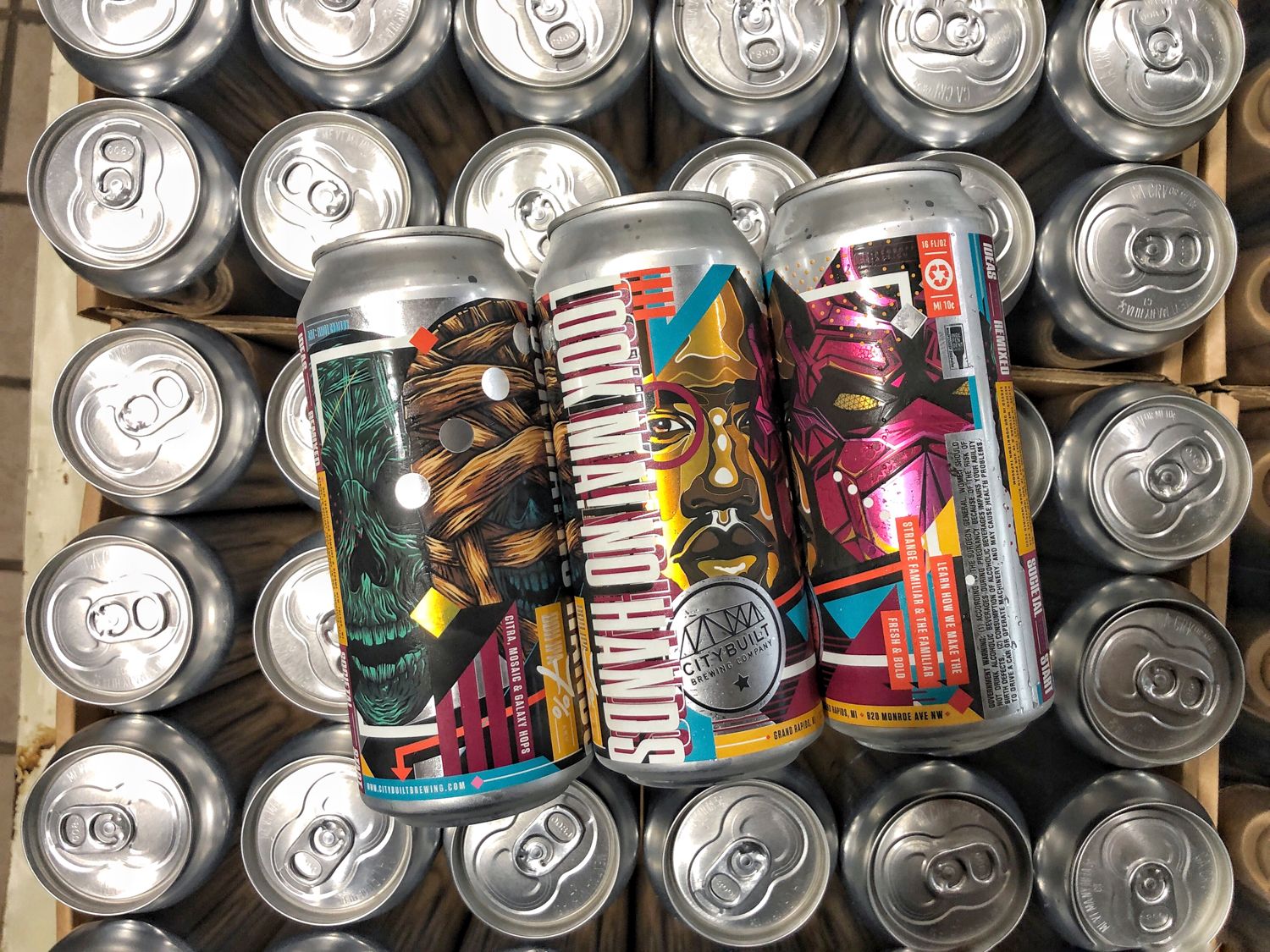 On Friday, City Built will release Look Ma! No Hands, a double dry-hopped IPA that’s in step flavorwise with previous beers from the Crown Series but displays a fresh take on the former label art. All four faces from the original cans adorn Look Ma!, in a move that owner Ed Collazo recognizes as a necessary pivot to keep them out of trouble.

“We did this to find some humor and highlight the obvious,” Collazo said. “There can’t be a fist and a pistol on our cans again.”

Despite the changes, Look Ma! No Hands stands as a culmination of everything that went right with that series—a cap on a crown so to speak—with a beer that definitely speaks for itself.

In a nutshell, Look Ma! is a conceptual cuvée, cramming all of head brewer Rob Qualls favorite hops from the series into one beer. Qualls pulled Galaxy from Into the Fray and Citra and Mosaic from Into the Haze, and the resulting IPA emulates everything great about modern hazies.

A cracked can dispels waves of fruit cocktail aromatics. On the palate, plan for heavy notes of lychee, pineapple and a sneaky dankness from the Mosaic hops. Look Ma! No Hands finds balance between its underlying sweetness and a resiny bitterness hopheads crave, creating an ideal IPA experience. But let’s not forget the label. 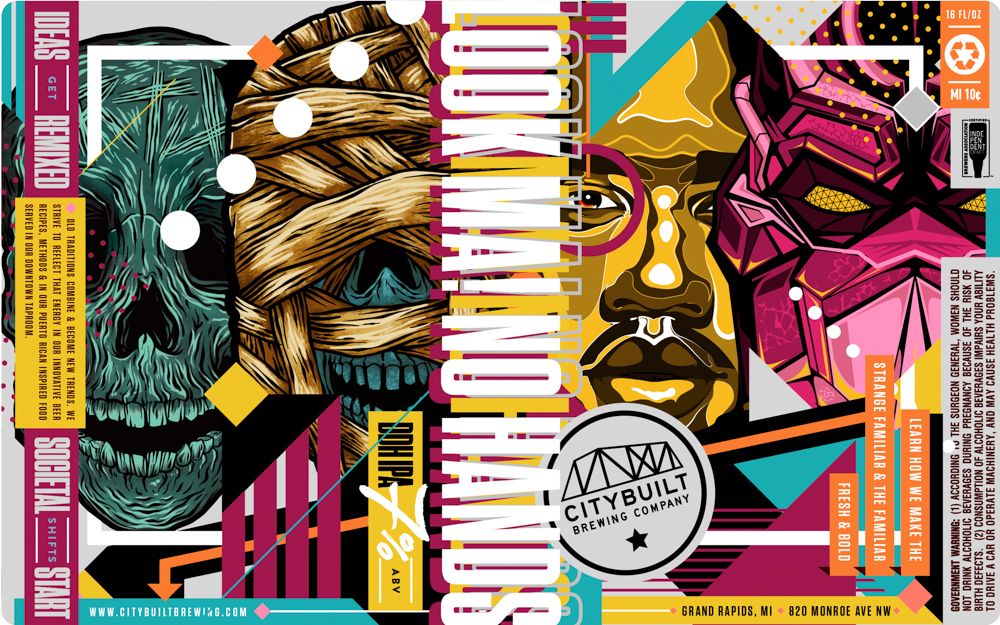 Hot off a win for best beer label in the country for Prague Underground, the Look Ma! label feels like a well-earned victory lap for artists Elliot Chaltry and Kyle DeGroff. While plenty of breweries opt for minimalist labels, City Built’s are decidedly maximal with intricate details worth poring over as much as the beer.

“I’m giddy every time a label comes out,” Qualls said. “There is no doubt that their art makes people buy our cans regardless of what’s inside them.”

In this case, it’s clear both the beer and the art are firing on all cylinders, resulting in a full-package that’s not to be missed. Look Ma! No Hands will be available for purchase at the taproom starting this Friday, April 30 either on draft or for $22 a 4-pack.

This site uses Akismet to reduce spam. Learn how your comment data is processed.