A Project From Penultimate Brews LLC

Brewery Finder: Drink Where Your Beer Is Made 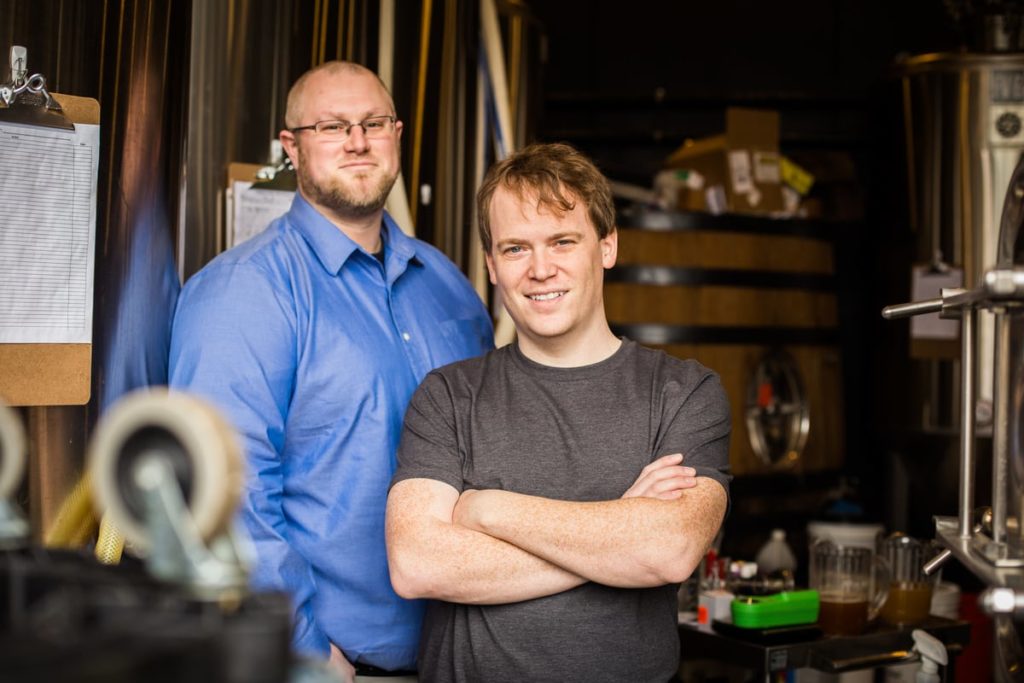 Pictured are co-founders Jeremy Hylen (left) and Joel Gratcyk (right.)
Jeremy has been a homebrewer since 2003 and Joel has been working online since 1997.

The worlds of tech and beer might seem like an odd pairing, but you could say the same about Joel and Jeremy. They have worked together for nearly a decade. Jeremy is a passionate advocate for better beer. Joel has been a tech fanatic since he used his first Apple II. They’ve collaborated to create something that fills a gap in the craft world. Their goal is to enhance the community of craft beer enthusiasts so that more people get to experience great beer and the people who make it.

Chicagos.Beer Opens Beta Website to the Public [4/20/2016]
First of Its Kind Brewery Directory Launches in Chicago

Check Out More Than 200 Illinois Breweries, All On One Site [4/23/2016]
The new website Chicagos.Beer includes detailed information on 86 breweries in the city alone.

Take a day trip to West Chicago’s best breweries [4/30/2016]
Joel Gratcyk and Jeremy Hylen, of Chicagos.Beer, have created an interactive website that chronicles and catalogs all the breweries in Illinois.

Finding the Perfect Local Brew Just Got a Little Easier [5/12/2016]
If you don’t know the difference between breweries, taprooms and brewpubs – and don’t know where to find them – Chicagos.Beer is for you.